Dr. Kishimoto is the Chief Scientific Officer of Selecta Biosciences, a biotechnology company developing synthetic vaccines based on a novel self-assembling nanoparticle technology. Prior to joining Selecta, he was Vice President of Research at Momenta Pharmaceuticals where he led a multidisciplinary team in advancing both novel and complex generic products. Previously he held leadership positions at Millennium Pharmaceuticals and Boehringer Ingelheim. Dr. Kishimoto has published over 50 peer-reviewed articles, including articles in Nature, Science, Cell, and the New England Journal of Medicine. Dr. Kishimoto received his doctoral degree in Immunology from Harvard University and his post-doctoral training at Stanford University.

Dr.Robin Robinson was appointed in April 2008 as the first director of the Biomedical Advanced Research and Development Authority (BARDA), and Deputy Assistant Secretary in the Office of the Assistant Secretary for Preparedness and Response within HHS. Dr. Robinson previously served from 2004-2008 as the Director for the Influenza & Emerging Disease Program within BARDA and its predecessor agency at HHS. Dr. Robinson was recruited by HHS from the vaccine industry in May 2004 to establish a program with scientific and technical experts to implement the strategic plans and policies for medical countermeasures outlined in the National Strategy for Pandemic Influenza. These measures included development, acquisition and establishment of national medical countermeasure stockpiles, and expansion of domestic manufacturing surge capacities for influenza vaccines, antiviral drugs, rapid diagnostics, and non-pharmaceutical countermeasures including respiratory devices. For his leadership in this role, Dr. Robinson was the recipient of the Department of Defense’s Clay Dalrymple Award in 2008 and a finalist for the Service to America Medal in 2009. Dr. Robinson received a Bachelor’s degree in Biology from Millsaps College in 1976, a Doctoral degree from the University of Mississippi Medical School in medical microbiology, and completed in 1983 a NIH postdoctoral fellowship with the State University of New York at Stony Brook in molecular oncology. As Director of Vaccines at Novavax, Inc., he developed patented platform vaccine technologies including virus-like particles and subunit protein vaccines for human pathogens including malaria, human papilloma, hepatitis, and influenza and for prostate, melanoma, and cervical cancers. Dr. Robinson also serves on World Health Organization (WHO) international expert teams on pandemic influenza vaccines. Additionally, he continues to serve as an editorial board member and reviewer for several professional scientific and technical journals on virology, vaccines, public health, and biotechnology.

He had his D.V.M. education at Jiangxi Agricultural University and my M.S. degree (Co-advisors: Professors Zhongzhi Zhang and Hanchun Yang) in Infectious Diseases and Veterinary Preventive Medicine at China Agricultural University in China. He obtained his professional assistant veterinarian license during his two-year employment at Beijing Xijiao Livestock and Poultry Company, Beijing, China. His training in Brucella research started in 1996 in Dr. Gerhardt Schurig’s immunology laboratory at the Virginia Polytechnic Institute and State University (Virginia Tech). He obtained his Ph.D. in Dr. Schurig\\\\\\\'s lab in 2000. He then worked in the same lab as a postdoc for half a year. He obtained his M.S. degree (research advisor: Dr. Pedro Mendes) in computer science in Virginia Tech with a focus on bioinformatics in May 2002. After graduation he worked as a senior research associate for three years in Dr. Bruno Sobral’s group at the Virginia Bioinformatics Institute (VBI). He joined UM in July 2005 as an assistant professor and became an associate professor in September 2011 (with tenure).

Shiladitya DasSarma is a Professor in the Department of Microbiology & Immunology in the University of Maryland School of Medicine and in the Institute of Marine & Environmental Technology, University System of Maryland, Baltimore, Maryland.  He received his PhD from the Massachusetts Institute of Technology and did his postdoctoral training in the Massachusetts General Hospital, Harvard Medical School.

Use of biological Nanoparticles for antigen delivery and vaccines. Novel approaches to the development of vaccines and vaccination.

Dr. Shirwan is \"Dr. Michael and Joan Hamilton Endowed Chair\" in Autoimmune Disease Professor of Microbiology and Immunology and the Director of the Molecular Immunomodulation Program at the Institute for Cellular Therapeutics. He conducted his graduate studies at the University of California in Santa Barbara CA and postdoctoral studies at California Institute of Technology in Pasadena CA. He joined the University of Louisville in 1998 after holding academic appointments at various institutions in the United States. Dr. Shirwans research focuses on the modulation of immune system for the treatment of immune based diseases with particular focus on type 1 diabetes transplantation and development of vaccines against infections and cancer. Dr. Shirwan is widely published lectured at various National/International conferences served on various federal and nonprofit funding agencies and is on the Editorial Board of nine scientific journals He is a member of several National and International societies and recipient of various awards.

Dr. Trilochan Mukkur has received his PhD from the University of Florida, USA. Currently he is working as an Associate Professor in School of Biomedical Sciences, Curtin University, Australia. Dr. Mukkur was a Senior Principal Research Scientist in the CSIRO, Division of Animal Health prior to joining the university sector at the University of Southern Queensland [USQ] where he was a Professorial Fellow at the USQ funded by a private biotechnology company prior to moving to Curtin University. He has a total of well over 90 publications mostly in refereed international journals or monographs. Dr. Mukkur has conducted collaborative research at Stanford University School of Medicine, California, Washington University in St Louis, Missouri, and the laboratory of Cell and Molecular Biology at the Lahey Clinic and Medical Centre in Boston, USA. His research is multidisciplinary involving application of medical microbiology, Prokaryotic molecular genetics, immunology, proteomics and biotechnology. He is a Fellow of the Australian Society of Microbiology [FASM]. 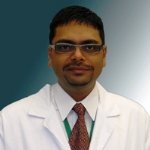 He have done his BS Zoology (Hons.) from Delhi University, India, MS Biotechnology from A M University, India and Ph.D. from AIIMS, India. He was the Post-Doctoral fellow at Indiana University-Purdue University from 1998 to 2003.

Graham has a master degree in Biophysics from King’s College London and an MBA. Working first in “big Pharma” then as a partner in the Pharmaceutical & Biotechnology Practice of PA Consulting, he returned to industry as VP, Strategic Product Management, SmithKline Beecham, then Head of Executive Decision Support, GSK R&D and most recently VP, Strategy & Business Development, GE Healthcare Biosciences. Graham joined the Board of ImmunoBiology as a non-executive director soon after its formation and was subsequently appointed its CEO in 2006

Dr. Xiao-Qing Wei graduated with a medical degree in Medical School of Peking University in Beijing, China. He has completed his PhD in Immunology Department of University of Glasgow and studied the role of cytokine, IL-15, IL-18 and IL-35 in infection and immunity as a research fellow in University of Glasgow in UK. He is a lecturer in Immunology in Cardiff University currently. He has published 60 papers in reputed journals and serving as an editorial board member of some immunology journals. He has awarded honorary professorships in 4 medical universities in China and currently working closely with his collaborators in China and UK in cytokine and skin DC research

My research has focused on understanding the role of some important pro-inflammatory cytokines, such as IL-15, IL-18 and IL-12 family cytokines (IL-23, 27) in the disease process in order to find practical ways to regulate the function of those cytokines for disease treatment.